If you are a gaming enthussiast looking to purchase a great gaming mice but still confused between Razer Deathadder Elite vs Chroma then this post is just for you. 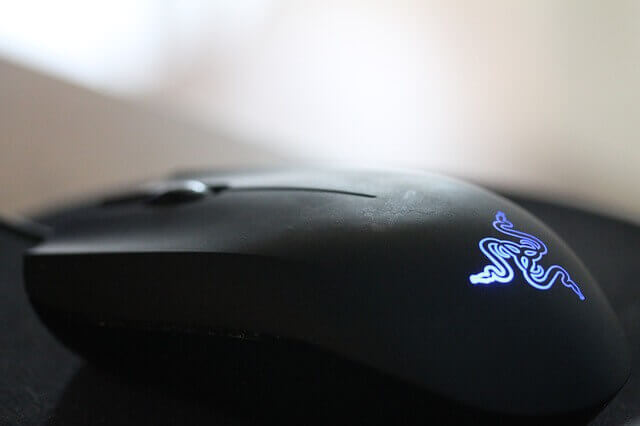 In this detailed post we have covered every single detail of both the gaming mice so that you can make a wise choice.

Razer has been a gaming hardware manufacturing gargantuan since it entered the market and it has made its name very discernible in the gaming peripheral industry.

The Razer DeathAdder Chroma and Elite both provide great features and have great ergonomics.

We have got this problem covered as we are going to provide you with a detailed review along with a detailed comparison of the Razer DeathAdder Elite Vs. Chroma. Making a wise choice would then become fairly easy for you. 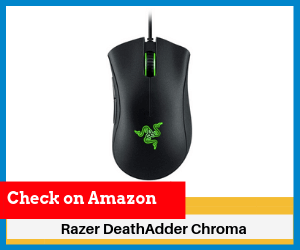 The weight distribution of this gaming mouse has also been done perfectly. DeathAdder Chroma is neither too heavy nor light, it is just perfectly balanced.

The Razer DeathAdder Chroma is probably the best mouse you will ever hold in your hand. This is so because a lot of attention has been paid towards the comfort of the customer.

There are textures on the right and left side are rubberized. Even the left handed people have been taken care of as Razer has made a left handed variant of the DeathAdder Chroma. The difference would be that the buttons would be reversed for the ease of use for the ten percent of the people who are left handed. 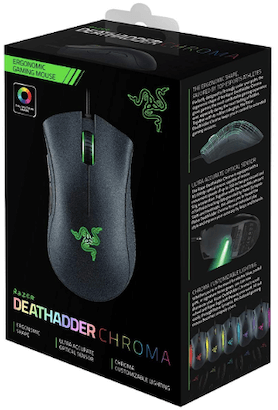 There are a total of five buttons on this gaming mouse. This is an expected count keeping in mind that the buttons would help you to set different fucntions of the game.

The five buttons are- the left button, right button, middle button which also serves the purpose of a scroll and two thumb buttons on the side.

All the buttons except the left click button are programmable using the Synapse software.

There isn’t much of the RGB light action on the body of the DeathAdder Chroma as only the Razer logo and the middle scroll illuminates. We find it good because too much lighting only adds up more power usage and later adds on to heating issues as well.

Razer alsp gives you the power to change the colors of the logo and middle scroll independently of one another which is a nice little detail. 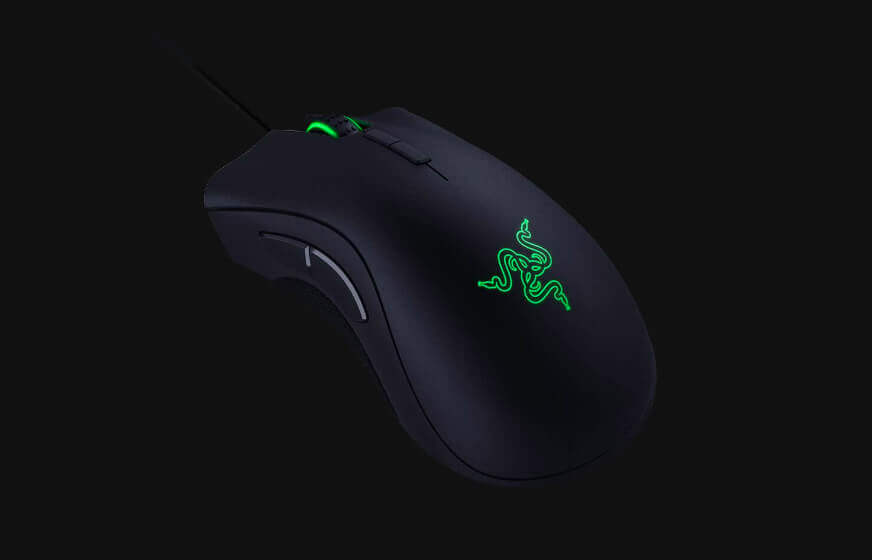 These lights can be controlled through apps which support the DeathAdder Chroma.

Razer claims that a total of 16.8 million RGB light options are available for this gaming mouse.

The Razer Synapse software is used for the DeathAdder Chroma as Synapse is used for controlling almost all the gaming peripherals made by Razer.

Synapse can be used to program or customise the operation performed by the buttons on the gaming mouse, control the RGB lighting, adjust the sensitivity of the optical sensor and calibrate the gaming mouse according to the surface on which you are dragging it.

Let us talk more about the prime features: 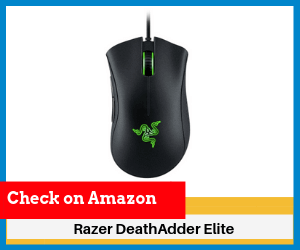 The Razer DeathAdder Elite is another entry level gaming mouse provided by Razer but this came out into the market much later than the DeathAdder Chroma.

This gaming mouse has looks and feels similar to the DeathAdder Chroma. It is difficult to distinguish between the two, the only major difference being that there are two extra buttons located just below the middle scroll. 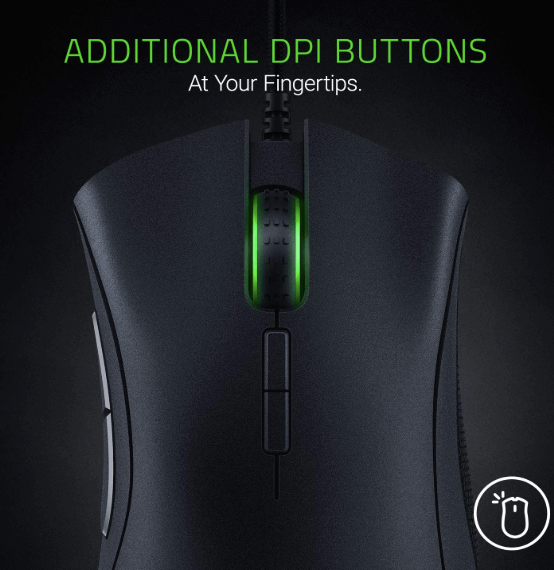 In short, if you are serious about Esports, this is the gaming mouse that you need.

Here is a quick video on the same:

The two extra buttons are used to adjust the dots per inch (DPI) sensitivity. These buttons were previously just available with the mid range or the higher end models.

There are a lot of gaming mice in the market and most of them have a weird shape or the button placement on them is a bit odd.

This is not the case with the Razer DeathAdder Elite as you can easily rest your whole palm while controlling it.

With some gaming mice you’ll have to maintain a tight grip to hold onto them while gaming but with the Razer DeathAdder Elite you can lay your palm over the length and let your fingers freely control over the buttons.

In short, it is really convenient to handle this gaming mouse.

Razer’s Synapse 2.0 is used to go through all the technicalities of this gaming mouse. Synapse 2.0 is a much cleaner version of the original Synapse software and offers a decent user interface with some good arrangements.

Just like the previous version, Synapse 2.0 also lets you control the RGB lighting, calibrate your gaming mice in accordance with the surface on which you are using it and also adjust the DPI settings.

The maximum DPI setting that you can reach with this gaming mouse is upto 16000.

The performance of the Razer DeathAdder Elite is splendid, as we expected it to be. The RGB lighting is somewhat decent.

All the necessary features are provided with the DeathAdder Elite by keeping a very modest price of this gaming mouse.

Let us throw some more light on the features:

Most of you would not be able to distinguish between the DeathAdder Chroma and the DeathAdder Elite. The features are somewhat similar and even the price isn’t much different.

RGB Lighting: Literally no noticeable difference in the lighting intensity or color streams. Do not expect the mouse to be as fancy as the RGB radiator fans. Only a small portion of the mouse supports the lights.

Buttons: Both the mouse have an omron switch that is considered to be the best in the industry. According to experience, the switch in the Razer DeathAdder Elite tends to have a higher life span as compared to Chroma.

Shape & Built Quality: The shape and the feel provided for both the gaming mice is almost identical. There is not much difference between the two.

Now that you have seen that both the mouse are quite similar with a few changes, we think that if you are purhcasing a new mouse, the Razer DeathAdder Elite would be the wise choice as it comes with extra 2 buttons as well, it came in the market much later after the Razer DeathAdder Chroma.

The best part, there isn’t much difference in the price too. We recomend you also use a decent gaming sound card to enjoy the game to the fullest.

On the other hand, if you are looking to upgrade from your current Razer DeathAdder Chroma, you need not neccessarily go for the Elite as there are multiple options in the market. Though, Razer DeathAdder Elite is a good choice overall considering the features and the price tag it come along with.

We hope you must have enjoyed reading this detailed comparison between Razer DeathAdder Elite Vs. Chroma. If yes, do share your views in the comment section below.

Which mouse according to you is better and why?

Important: The images used in the post are taken from Amazon, stock photo sites (Flickr, Pixabay) and the official site of Razor