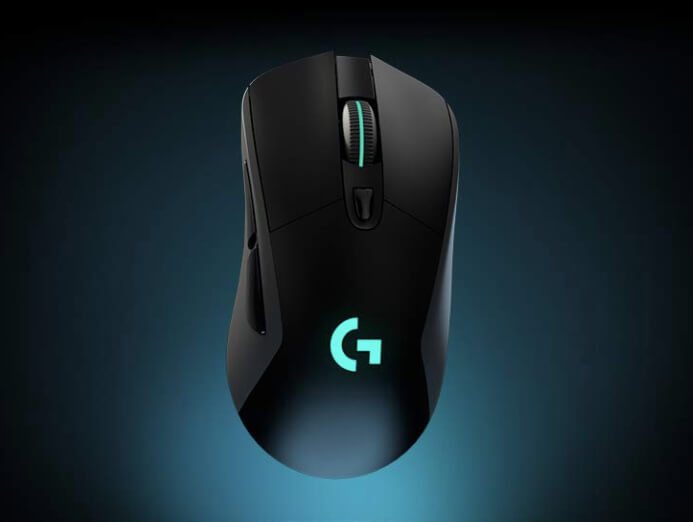 There is a big confusion among gamers and PC enthusiasts for choosing the best mouse between Logitech G403 vs G703.

In this detailed post, we have literally tried to dig deep and bring you an unbiased comparison between the two gaming mice.

Logitech has a great market standing and is one of the most reliable brands when it comes to manufacturing computer peripherals and accessories.

Logitech is an excellent provider of gaming mice and has an outstanding arsenal of these little weapons.

The good thing is that Logitech pays a lot of importance towards keeping the build quality and the in-hand feel of the mice great.

Here, we are going to talk about the two considerably famous gaming mice by Logitech- The G403 and G703.

We would first like to point out that the G403 is not a single gaming mouse, i.e., there are two different variants of this mouse- the wired and wireless version. The price also varies accordingly.

The Logitech G403 has a very classic design as the shape, and the grip of the mouse is really good.

All in all, there are six buttons on this gaming mouse along and a scroll wheel. The left button & right button, a clickable scroll that acts as a button, a dots per inch or DPI sensitivity shifter, and two thumb buttons.

Overall, the clicks are satisfactory, and the buttons are also sturdy, all thanks to the excellent build quality provided by Logitech.

The software bundled with this gaming peripheral by Logitech is pretty stable and operational.

It lets you adjust the DPI which ranges from 200 to 1200, link individual profiles to games, lets you control the whole light show, and manage the color patterns. If you still want a better DPI range, you can go for the Razer DeathAdder Elite, which is also a premium level gaming mouse.

If you are using the wireless variant of the G403 Prodigy, then this software will also display the correct battery percentage of the gaming mouse in your hand.

The sensors are quite good, and if we go by Logitech’s reports, the sensor sends 1000 reports per second. This makes the functioning pretty smooth.

The DPI toggle button is located just above the mouse scroll. There are three presets which let you toggle the sensitivity of the gaming mouse.

This as an approachable option if you want a decent gaming mouse with a clean build and no oddly shaped grips or cuts on the body.

Though there is hardly much difference between the wired and the wireless version, here is a quick comparison between the two.

Now let us talk about some the prime features of the Logitech G403 Prodigy gaming mouse:-

Most of the wireless gaming mice are expensive these days, and if you mistakenly buy a cheap one, most probably, you would not get the desired performance.

Surprisingly, this is not the case with the Logitech G703 Lightspeed gaming mouse. We have gathered some amazing facts to share with you from our Logitech G703 review.

Unlike the Logitech G403 Prodigy, the G703 comes only in a wireless variant. There is no wired model available.

Some of you may find the G703 design a bit bland as it is completely plain. Still, the body offers a great grip and makes it very convenient and comfortable to hold. Even the scroll wheel feels specially adjusted for gamers.

To be honest, the G703 has a very generic design and looks like most of the standard PC mice out there.

The RGB lighting is available in almost all the $100 mice these days, but the lights in the G703 really stand out.

You can set the pattern of the lights on this mouse, or your game can also be allowed to control the lighting according to the situations in the game.

There are a total of six fully functional buttons present- a right-click button, a left-click button, a clickable scroll in the middle of the two buttons, a DPI adjusting button just below the scroll and two huge thumb buttons on the side.

But, the Lightspeed technology introduced by Logitech has proven to be faster than the wired competitors. The result varies only by milliseconds.

Those of you who will buy the G703 Lightspeed will get a USB dongle along with the bundle so as to charge the gaming mouse.

Another option is buying the Powerplay surface, which easily charges the gaming mouse. This is a feature that makes the G703 lightspeed very different from the G403 wireless gaming mouse.

Using the Powerplay system is a bit eccentric. While the gaming mouse is being used on the Powerplay surface, the charge would remain the same and would not rise or drop.

For it to charge, you will have to leave it still on the top of the surface for a few hours or more because the charging speed is a little slow if we compare it to the routine USB charging.

The Powerplay system is also slightly expensive, which will be almost double the price of the gaming mouse bundle.

If we talk about the pricing of the G703 Lightspeed gaming mouse, we would say that it is definitely a worthy pick and is surely offering all the prime features that should be present in a standard gaming mouse.

The sensors and all the RGB lighting effects are splendid, even the sensitivity is good, and you will face very little latency.

Although, we would not recommend you buy the Powerplay surface if you are a bit tight on budget as this surface almost doubles the price of the whole package.

Now we would like to throw some light upon the main features of the Logitech G703 Lightspeed gaming mouse:-

After reading the detailed reviews, you must have noticed that these two gaming mice by Logitech aren’t much different from each other. Moreover, the wireless variant of the G403 Prodigy is just like the G703 Lightspeed.

The above table rightly compares the important features of G403 vs G703.

The major difference between both the gaming mice is that the Logitech G703 Lightspeed provides some extra features which are not available with both the wired and Logitech G403 wireless variant.

The Lightspeed technology and the powerplay support are the two major features that you won’t get in the G403 Prodigy. These features do have a very big impact on the overall performance and comfortability.

When we compare G403 vs G703, there is also a slight difference in the price. We suggest you check the same on Amazon and then decide. Overall, there isn’t any big difference in terms of features between both the G403 and G703. The rest of the sensors and the design are almost similar in both the models.

When choosing between both the gamin mice, firstly, you would need to decide whether you want to buy a wired gaming mouse or a wireless one.

If you are looking for a good and sturdy wireless gaming mouse, the Logitech G703 will be a top contender for sure.

The best part, you can use the mouse for 24 hours straight with RGB enabled and 36 without the RGB. That is really good battery life as compared to other wireless mice in the same segment.

If you are looking to buy a wireless mouse, we would suggest you go for the G703 as compared to Logitech G403 wireless because the G703 is less expensive and also works perfectly till 50 million clicks vs just 20 million clicks in G403.

How much does the Logitech g403 weight?

The G403 weighs around 100gm with weight. It is a lightweight mouse overall and works really good for gaming.

We hope this post must have helped you choose between the two Logitech G series mouse – G403 and G703. If you still face any confusion, do share your doubt’s in the comments section below.

Overall the Logitech G series is really good for gamers. The only thing which differentiates is the price and button durability.

You can also check out our detailed posts on choosing the right gaming sound card and cooling fans which will also add value to your gaming experience.

Editor's Rating:
4.5
Important: The images used in the post are taken from Amazon and stock photo sites. 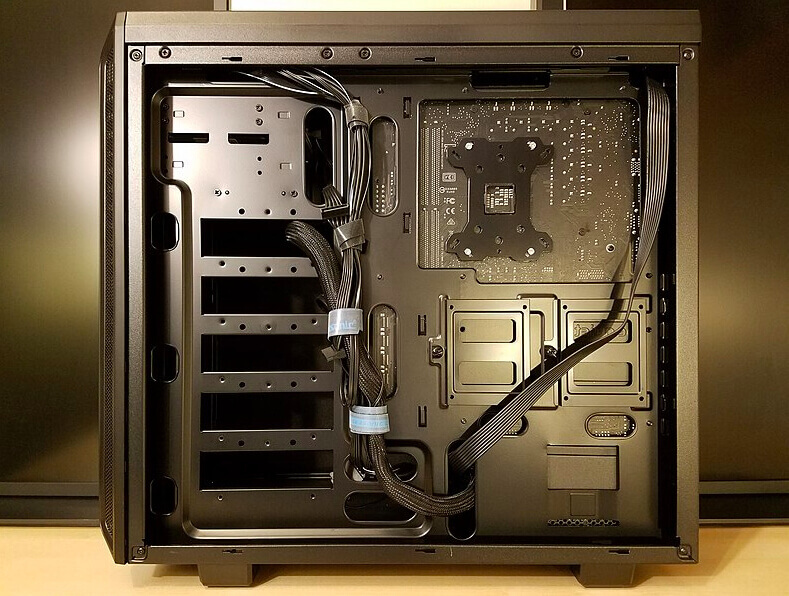 Read More
Gone are the days of computers occupying a full room space. In this post, we will help you…
HHardware 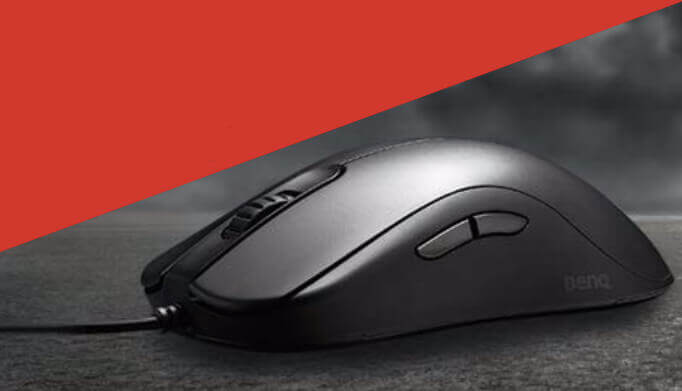 Read More
While talking about competitive gaming, there are some gaming equipment and brands which are highly known among professionals.…
HHardware 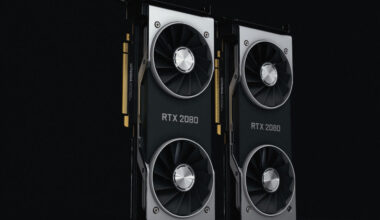